Here we are for another round of updates to Survival City. So without further ado!

The biggest change to gameplay is the addition of several more conditions. Currently, there were only 3 conditions: Exhausted, Infection (now called "Illness") and Bitten. I wanted to add some negative effects that could be mitigated similar to how Antibiotics remove Illnesses. This would also add more value to the stat Condition Guard as now it would prevent against multiple status conditions. These first three can all be shortened by using Bandages, First Aid and Medical Kits.

These three conditions I felt added nicely to the theme of survival for the game. Survivors no longer just lose Health, but can also receive lingering wounds that impact their ability to perform. These conditions now randomly affect survivors who leave the safehouse in the same way that Illnesses did. Illnesses as well have been slightly nerfed in that they no longer take 1 Health at the end of the day. The punishment for being unable to remove Illness status was already too much and was essentially a death sentence at the early stages of the game when Antibiotics are less prevalent.

There are also 2 more conditions which have been added to the code but currently are unobtainable. I'm still trying to figure out how these are triggered and exactly what they do.

In addition to these changes to conditions, I'm also happy to finally update the artwork for the first tier boss, Gains Goblin! When designing the bosses for Survival City, I wanted them to not look like normal zombies. I thought that they should reflect rare mutations of the zombie virus and look distorted in some way. Gains Goblin appears to be a former weight lifter, but the loss of his legs have caused his arms to become longer than normal and his face has a simian quality to it, as well. As the game progresses, I would like the bosses to really explore elements of body horror to indicate that these creatures are truly deadly. 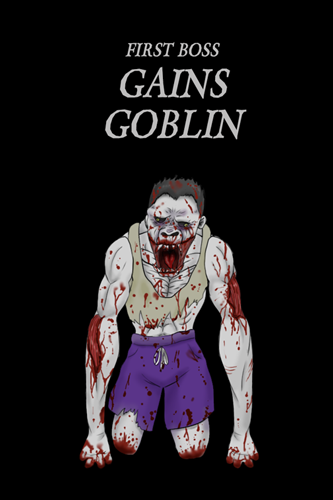 So download this latest build of Survival City and let me know what you think! Do you like the new conditions? Does the first boss' look appeal to you? What other changes would you like to see added to the game?